The folk rock of Sixto Rodriguez is my favorite musical discovery in 2013, even though his first studio album, “Cold Fact,” technically came out in 1970. Photo via Sony Pictures Classics.

I have always been a list maker, especially when it comes to music. I even have a whole separate category for lists here on my blog that includes past year-end best-of lists and tons of old playlists from a few years ago when I used to host a weekly college radio show. And don’t even get me started on the 20-plus years of mixtape and mix-CD playlists I’ve got tucked away in safe places– each one of them a little time capsule, ready to bring that moment back to me all over again.

But I’ve noticed something funny happening the past couple years: I’ve quickly grown out of touch with all the newest music, movies, and media that’s out there. Maybe the Internet is just moving too fast for me, but I now find myself mostly unaware of what’s new and hot. In some cases I’ve heard OF it, but I’ve never actually heard it. Or, in a growing number of cases, I’ve just plain missed it. I became overwhelmed with this feeling last year, so much so that I skipped making some kind of year-end music lists in 2012 for the first time I can remember.

This year, as several friends have put their own lists out there and have said they’re looking forward to reading mine, I decided to dip my toe back into the water and make a best album list. More than ever before, this is definitely not a “tops” kind of lists, since I haven’t actually heard much of what new music was officially released in 2013. But instead, I’m focusing on music that was “new to me” and that I found myself returning to over and over again throughout the year, music that I will keep returning to. You’ll see that several of these records were actually released or re-released in 2012, but I just got around to hearing them in 2013. I’m thankful that I did.

1. Rodriguez – Cold Fact
Label: Light in the Attic
For my best album of 2013, I picked a record that first came out in 1970. I learned about Sixto Rodriguez in late 2012 with the release of the documentary film “Searching for Sugar Man.” My uncle Jorge Garcia, a Professor Emeritus of Chicano Studies at Cal State Northridge, sent me a generous gift package early this year: a DVD copy of the film– which I’ve shown to my English 1 classes twice now, to rave reviews– and CD copies of the excellent 2008 Light in the Attic re-releases of Rodriguez’s two studio albums, “Cold Fact” and “Coming from Reality.” The hype about the mysterious Rodriguez being the long lost “Chicano Bob Dylan” is inaccurate in only one sense: Rodriguez is actually better.
Favorite track: “This Is Not a Song, It’s an Outburst: Or, the Establishment Blues”

2. Slow Season – Slow Season
Label: Easy Rider
This album technically came out in late 2012, but I didn’t discover it until October 2013 when I made my annual pilgrimage to the Orosi Memorial Hall for the homespun Spanspek Music & Art Festival. Slow Season hails from Visalia, Calif., and I knew a couple of the band members from their days in the folk/Americana group The Whiskey & The Devil Chaplain a few years back. At Spanspek, I got to experience Slow Season as they are surely meant to be experienced: up super close on the cold, hard floor, and at full force. At the time, I tweeted: “Goddamn these boys sound like sinister, creeping dread on a Southern back road.” Afterward, I listened to their debut full-length for pretty much two months straight.
Favorite track: “Heavy”

3. David Byrne & St. Vincent – Love This Giant
Label: 4AD
Ahh, here’s yet another late 2012 release that I didn’t get around to fully appreciating until 2013. I’ve always been a big David Byrne fan regardless of his strange projects, and this year I fully nerded out on him. Early in the summer, I read Byrne’s excellent nonfiction book “How Music Works” as a homework assignment before seeing him live with St. Vincent at the gorgeous Mountain Winery in Saratoga, Calif. Seeing one of my musical heroes live for the first time felt invigorating, and his collaborations with Annie Clark and their full traveling band were fun, funky, odd, and inspiring in a way that instantly made the baroque pop album into a living thing that I’ll never hear the same way.
Favorite track: “I Should Watch TV”

4. Scout Niblett – It’s Up to Emma
Label: Drag City
I first discovered Scout Niblett a few years ago via La Blogotheque, a French music blog that continues to produce stunning multimedia documents through their Concert à emporter performance series. Niblett’s 2007 episode remains one of my favorites. Her latest record features my favorite song and video of the year, the single, “Gun,” which juxtaposes fairy tale images with searingly murderous words and music. With the exception of an unfortunately botched TLC cover, this album feels like heavy, dirty, whining blues rock, but with an aching, folky troubadour subtext.
Favorite track: “Gun” 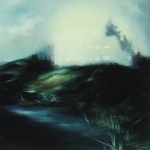 5. The Besnard Lakes – Until in Excess, Imperceptible UFO
Label: Jagjaguwar
I’ve always been attracted to dreamy space rock. And so while everyone ranted and raved about the first My Bloody Valentine record in 20 years– which, sadly, I still haven’t yet heard– I chose to put my shoegaze love into one of my recent favorites, The Besnard Lakes. In 2011, they made the soundtrack to one of the most stunning multimedia stories I’ve ever seen, Welcome to Pine Point, a truly sprawling and interactive examination of memory curated by the National Film Board of Canada that remains way ahead of its time. And I love that their new album makes me feel like I’m on a train as the landscape slowly peels away, a little lullaby as the world rolls past.
Favorite track: “People of the Sticks” 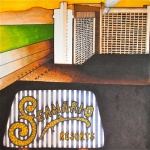 6. Seanario – Resorts
Label: Way Grimace
I don’t know what the big summer party album was in YOUR house this year, but in mine it was this one. My prolific musician friend Sean Duncan from Modesto, Calif.– previously known for his work with indie bands Fiver, Kid Mud, and Thombie, among many other projects– made a retro/schlocky dancefloor concept record about Las Vegas in the early ’80s that has real narrative depth. Duncan got married in 2011 and had a daughter this year, and it seems to me that his kooky creativity is just now starting to hit its stride.
Favorite track: “The Strip” 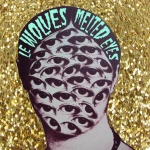 7. Le Wolves – Melted Eyes EP
Label: self released
I don’t remember now who suggested I catch Le Wolves at this year’s Fresno Urban Sound Experience festival, but I’m sure glad I did. These four young lads from Fresno, Calif. wear their postpunk/goth influences on their sleeves, but with an element of creepy intensity that belongs entirely to them. Their three-song demo EP reminds me equally of Morrissey, the Buzzcocks, and Black Heart Procession. I’ve since learned that the group sounded more folk/rock when it first started a year or two ago, but now their sound has quickly evolved into more complicated territory. I cannot wait to see what’s next.
Favorite track: “I Laid Down and Died”

8. Dim Peaks – Time of Joy
Label: Gold Robot
I’ve been a fan of California singer/songwriter Niilo Smeds for nearly a decade. The Reedley, Calif. native seems to change musical incarnations almost yearly– from the mottled rock of the Magic Whores to the experimental machinery of Police Dog, and from the freewheeling Americana of Wheels of Fortune to the simmering folk of his one CD-R album released under his own name. Smeds lives back in San Francisco now with his wife and infant son, and his latest record, recorded with several new players and released under the moniker Dim Peaks, somehow stitches bits of all of those previous musical parts together into a thoughtful new manifestation of fear and hope for 30-somethings.
Favorite track: “Slumberland” 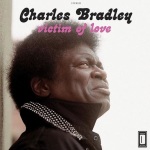 9. Charles Bradley – Victim of Love
Label: Daptone
The Screaming Eagle of Soul makes old-timey soul music in the present time, and his latest record sounds like a real gift. It always feels a little strange to me that Charles Bradley’s first record only came out in 2011. His songs feel so familiar, like they’ve existed for years. Bradley packs his second full-length record full of perfectly crafted love songs, each with big, crooning hooks. His live performance of the album’s title track on Netherlands radio shows the pure power of a well-traveled vocalist finally getting his due.
Favorite track: “Through the Storm” 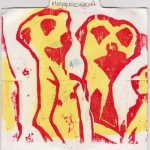 10. Mehreideran – As Seen on MySpace
Label: Sweet Sea
My favorite reissue of the year is this messy, imperfectly perfect Mehreideran odds-and-ends compilation from audio communication wizard Reid May and now Virginia-based Sweet Sea Records. May was one-third of this Fresno, Calif. garage rock trio circa 2005, back in the day when MySpace bulletins were king and all the Central Valley indie kids rallied around Rademacher and Tokyo Garden for a few glorious Fresno Famous years. The thing I adore about these recordings nearly a decade later is that they still feel loose, experimental, and right on the edge of some kind of discovery.
Favorite track: “Hedonist”

Please share your lists of 2013 best albums in the comments.